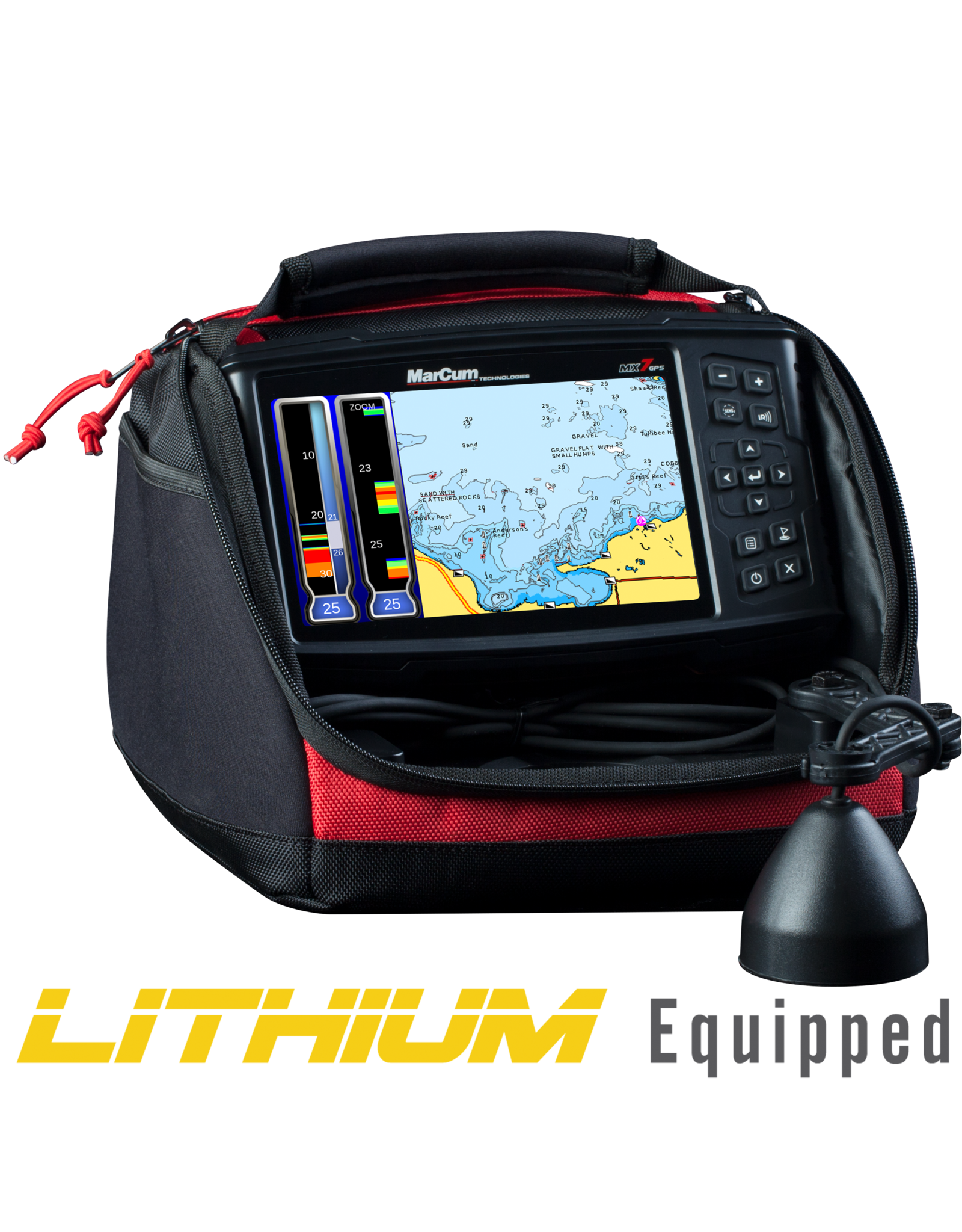 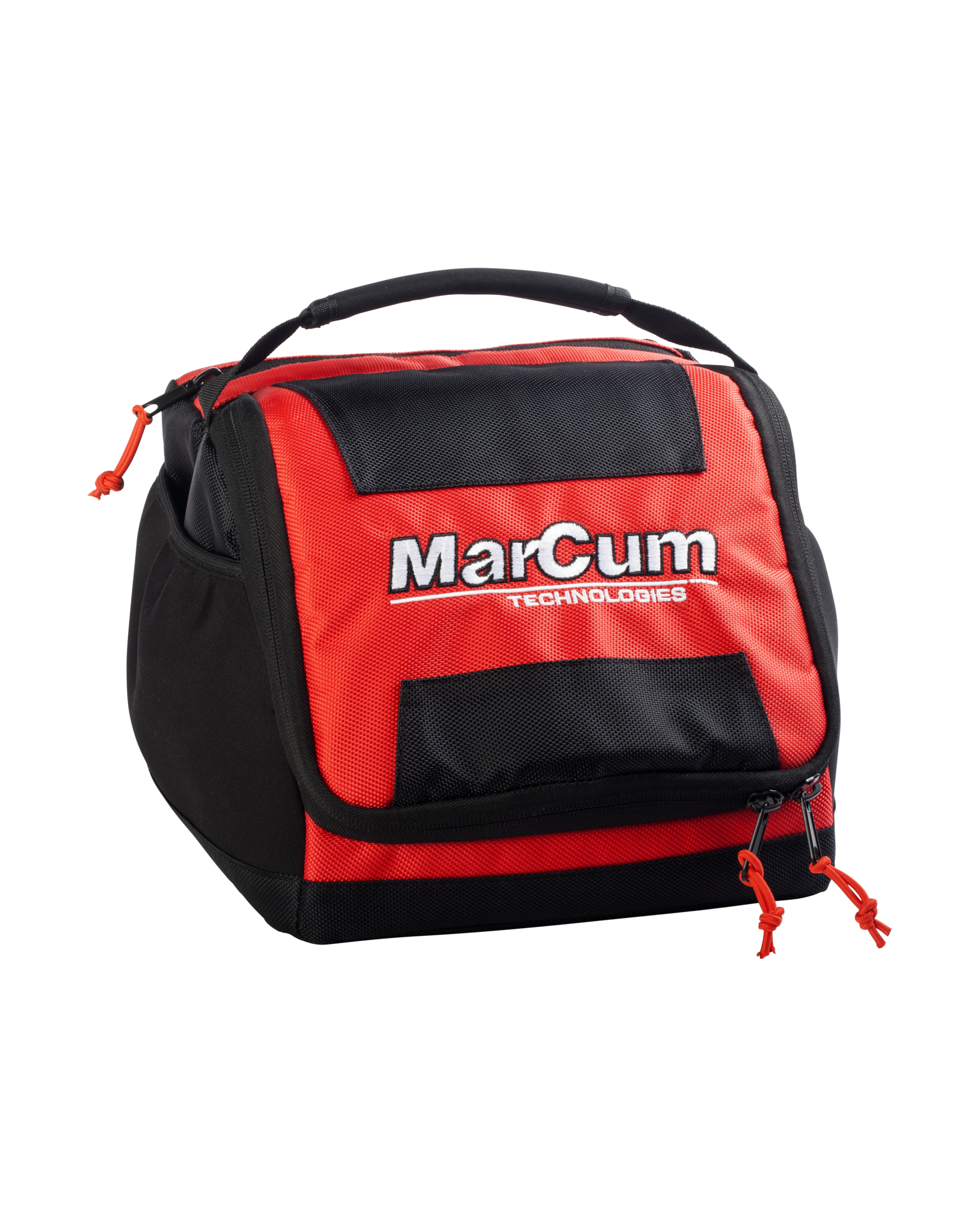 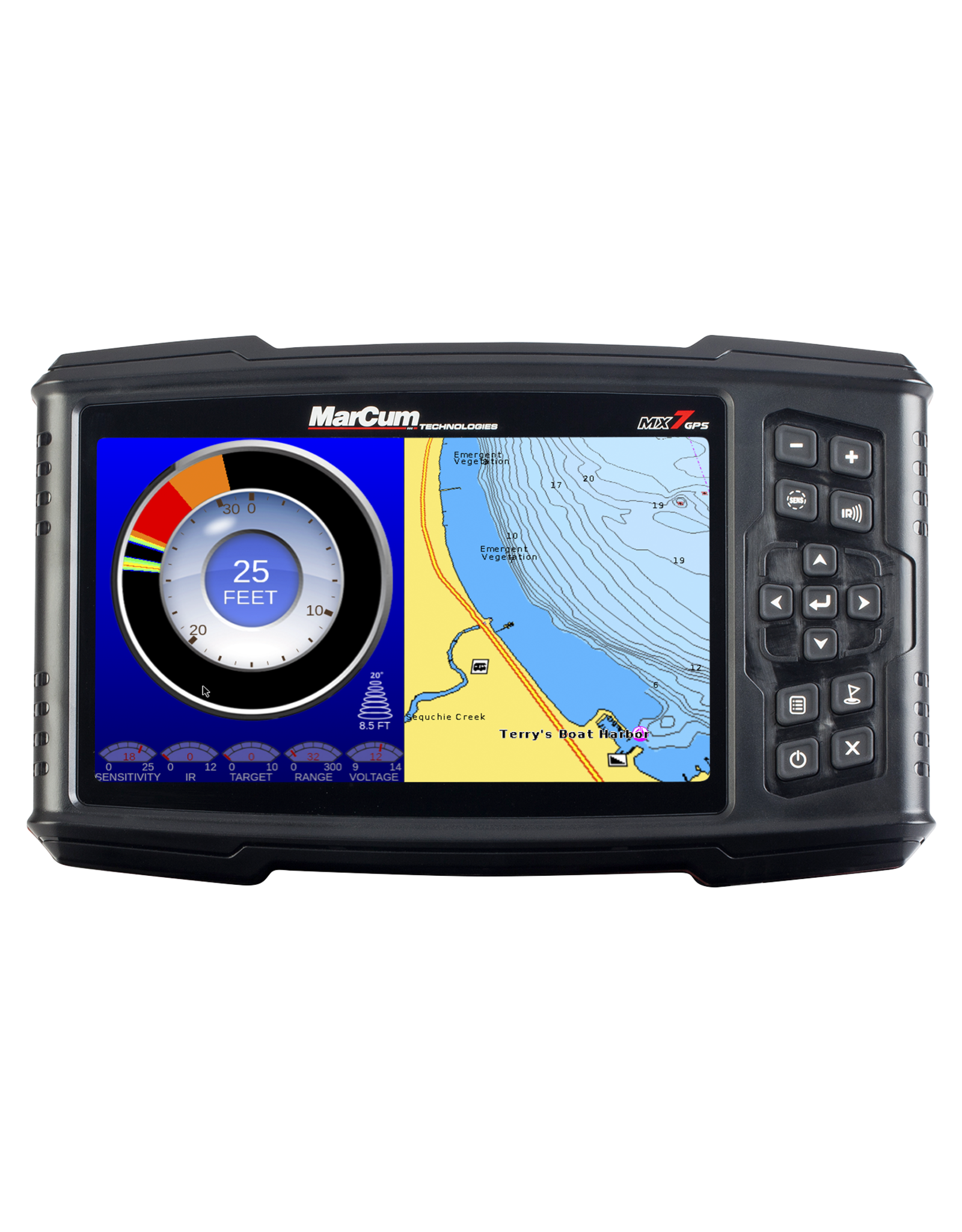 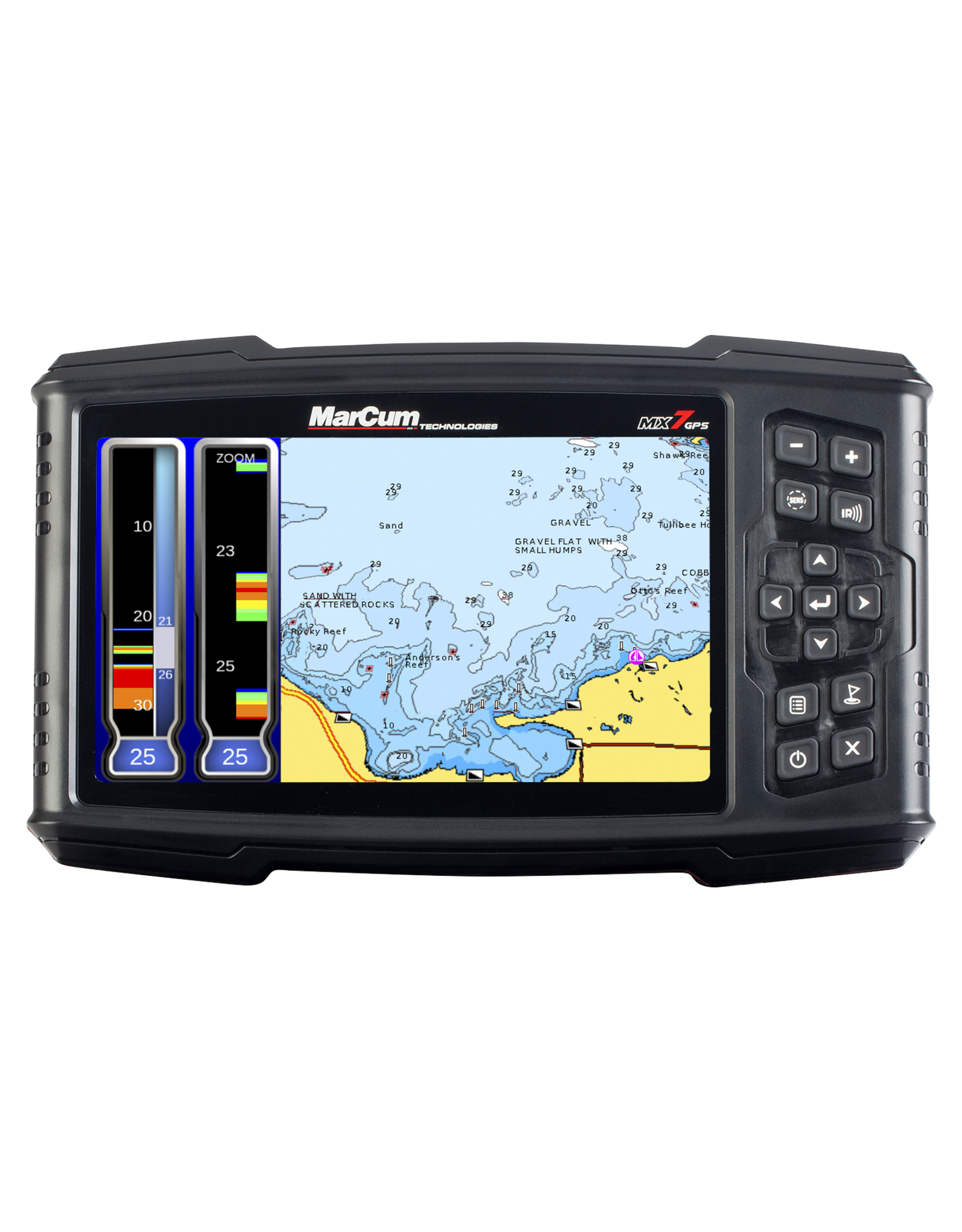 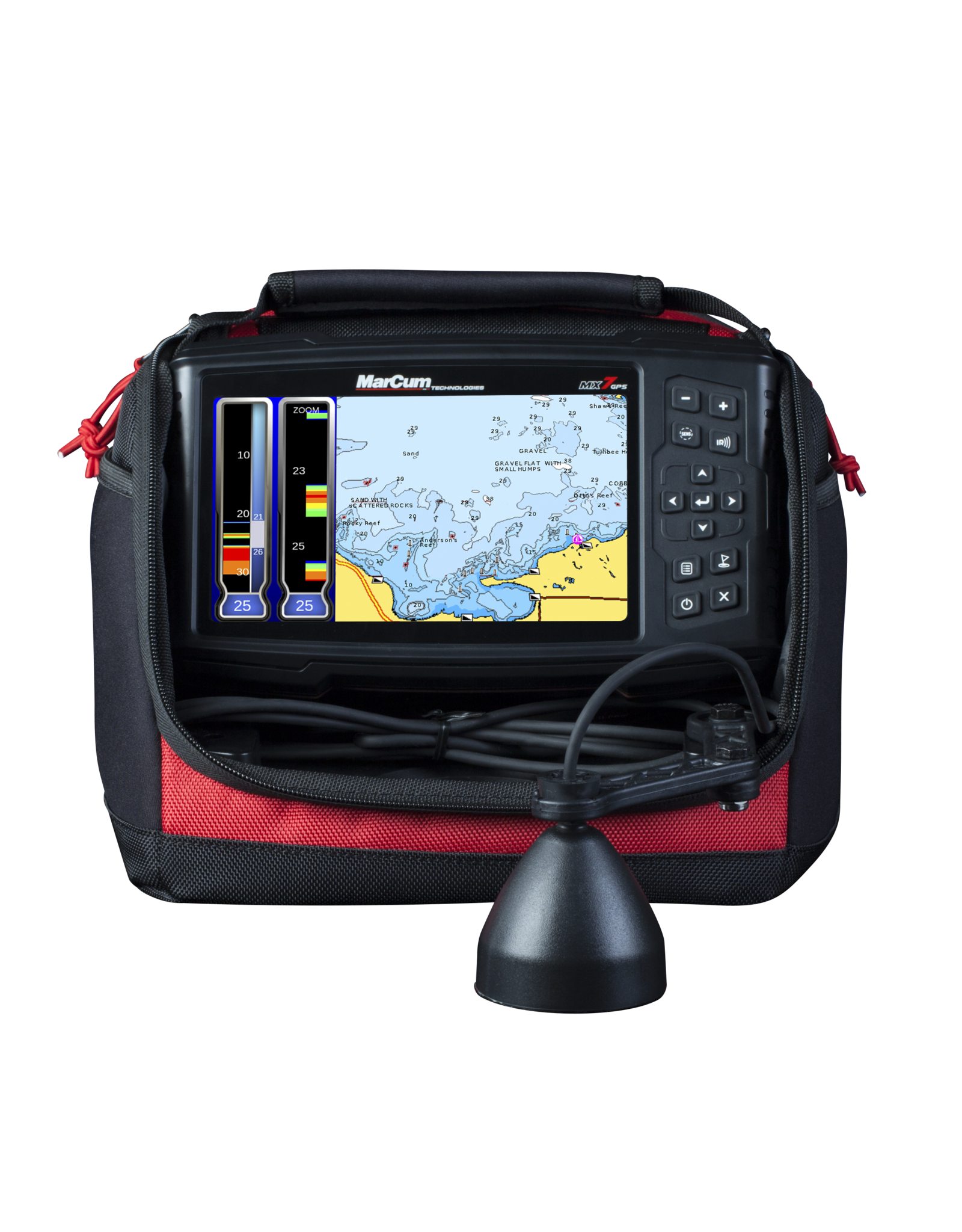 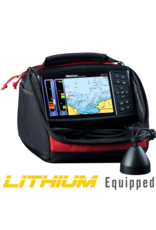 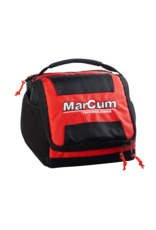 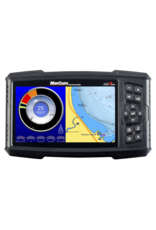 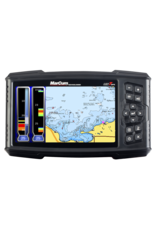 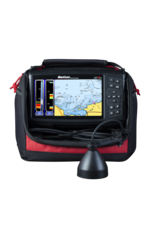 Now introducing the leader in sonar and mapping technology, Marcum Technologies brings you the MX-7GPS.  As a Lithium-powered sonar/GPS combination unit, we’ve taken GPS mapping and fused it to Marcum’s legendary sonar platform.  For decades, we’ve built the best ice-specific sonar platform in the world.  One that was built on power, Interference Rejection (IR) so advanced it’s patented, zoom that was adjustable anywhere in the water column, and a veritable laundry-list of industry “firsts.”  We gave birth to the modern movement of ice fishing’s information age, by taking a stationary circular display and breathing life into it.  We invented on-screen scenarios that involved dynamic movement which more closely matches what’s happening below ice, all while staying true to the number one aspect that makes ice fishing sonar specific to our sport – real-time.  In a stationary, vertical game of cat and mouse, where latency and sonar lag are unacceptable, Marcum’s response time is completely unrivaled.  That lighting fast sonar reaction has been a hallmark of the Marcum brand, and has made it the most sought after ice sonar platform to this day.  Not all sonar is created equal, and that’s especially true when talking ice fishing.  The best ice anglers in the world require electronics with a full-time dedication to the sport.  Take the MX-7GPS out of the box and it’s automatically locked in ice mode; equipped with a Lithium LifePO4 battery, softpack, and ready to fish.  Long story short, we’ve added more features, making them longer lasting, lighter, and technologically superior, all while staying true to our real-time roots – a defining characteristic in any quality ice sonar.