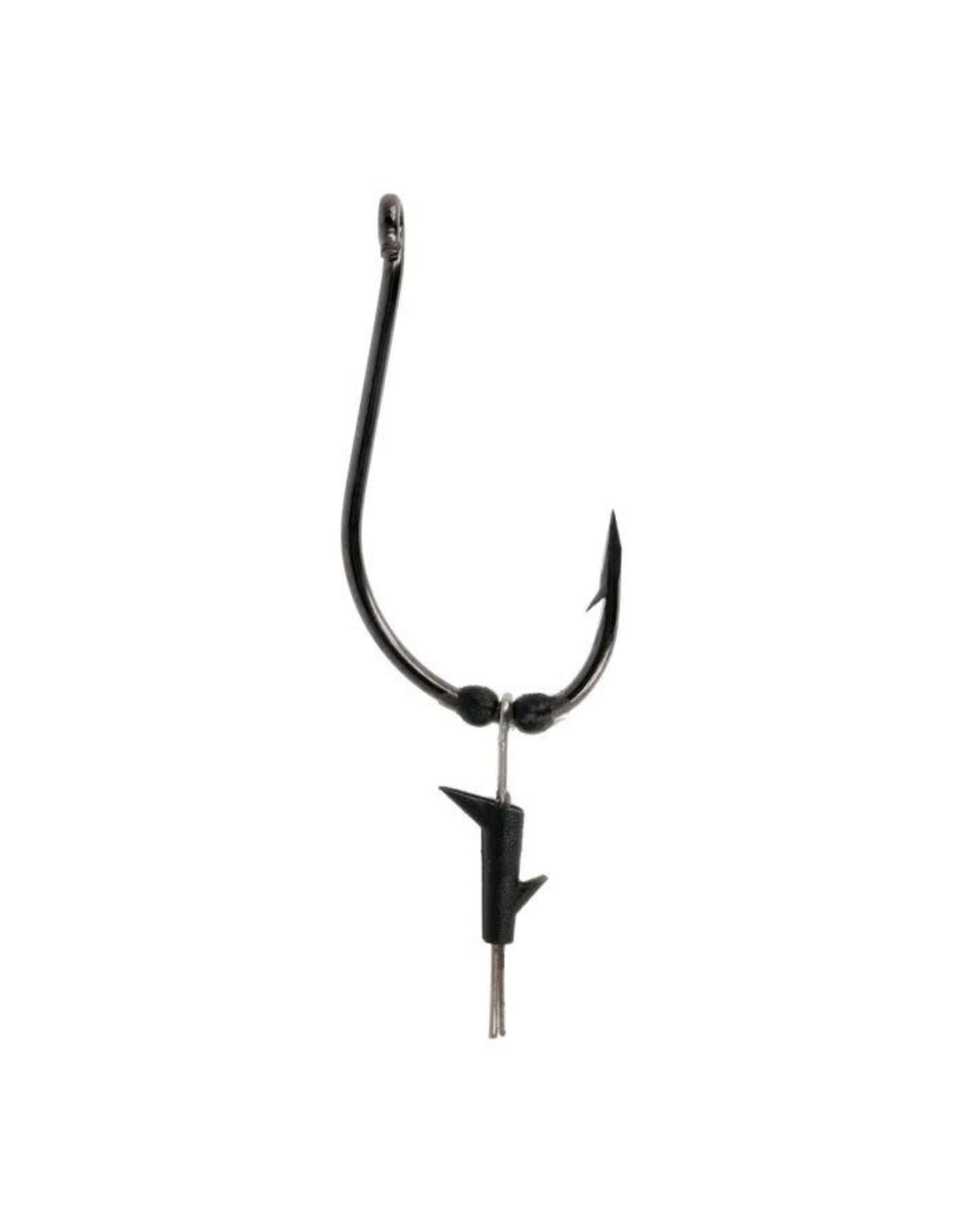 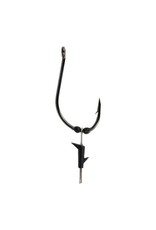 Eagle Claw is proud to unveil a whole new system for securing and presenting baits, with an initial release in popular Drop Shot formats--The AXS Drop shot Hooks.The new, precisely engineered AXS Keeper affords bait motion on a plane never before seen in fishing. The AXS Keeper is a specialized double barb bait keeper that is secured to the hook between two movable stops that slide along the shank. This noteworthy advancement enables a new layer of angler control by affording an adjustable window for the bait to travel along the shank from eye to barb. This feature alone is innovative, but the ground-breaking characteristic of the AXS keeper is that the design enables the bait to move along a three dimensional plane. The AXS Keeper and the bait along with it, can travel 360 degrees around the shank while remaining securely attached. Where other hooks and rigging styles afford motion primarily along a fixed two dimensional X and Y axis defined by the shank, the AXS Keeper allows the bait to wander along the three dimensional Z axis— away from the two dimensional profile of the hook shank. The result is a keeper that enables unprecedented bait movement that fish can’t resist.

Here are some other benefits of the AXS Drop Shot Hook discovered in our extensive testing:

The AXS keeper is complimented by the the Lazer Sharp L6 and Trokar TK150 drop shot hooks, two hooks highly renowned for their reliable, unmatched performance.